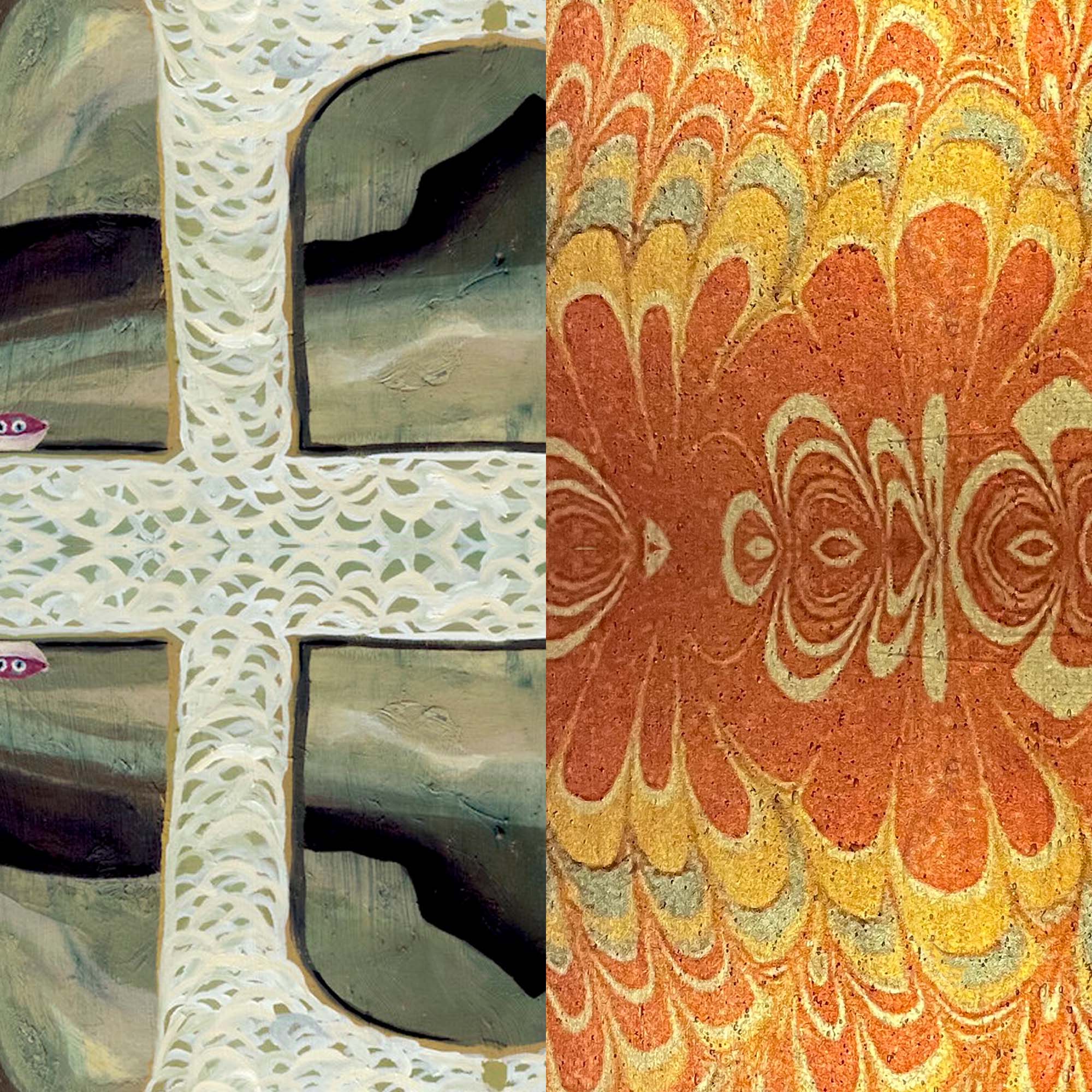 View Loser, a collaborative exhibition by Tkaronto/Toronto-based artists Amanda Boulos and Shannon Garden-Smith, is an intersectional conversation between the forms of displacement at the heart of their practices: respectively, the politics of land and politics of housing. This conversation came together over several years of collaborative practice built on the artists’ shared interest in architecture’s ability to sustain lack and loss. Together, Boulos and Garden-Smith explore how architectures can be deployed in the disappearance of certain people and their histories.

Boulos’s paintings depict family memories of Palestinian life, and of her family’s journey fleeing from Palestine to Lebanon in the late 1940s, and its subsequent flight from Lebanon due to the Lebanese Civil War. From Boulos’s millennial perspective, a defining characteristic of the Israeli occupation is the existential logic of the wall. In her paintings, walls often appear in shallow relief of the picture plane—space is punctuated, views are lost. The interruptive function of these walls reverses their solidness, rendering them in the paintings as something akin to voids: ambivalent holes in the viewer’s line of sight.

Garden-Smith extends this project of refusal, reversal, and voiding to the hidden politics of our living spaces, and, by extension, the background conditions of everyday life and its economic underpinnings. Taking décor as her point of entry, Garden-Smith exerts stress on interstitial bits of architecture—its thresholds and margins—and places accents on our habitual experiences of these interstices. Staged as an architectural intervention, Garden-Smith’s arched, threaded rock façade and eccentric window blind sculptures mirror, double, reflect, and reverse the walls, arches, and edifices in Boulos’s paintings. In their precarious dramatization of controlled spaces, they also amplify the paintings’ sense of fugitivity.

Amanda Boulos (she/her) is a visual artist and educator based in Tkaronto/Toronto. Engaging with national narratives from Palestine, Lebanon, and Canada, Boulos explores how oral histories undergo constant metamorphoses and take on different purposes and meanings. Boulos received her MFA from the University of Guelph in 2017 and BFA from York University in 2013. She has shown at Richard Rhodes Dupont Projects (Toronto, ON), Arsenal Contemporary Art (New York, NY), Galerie Nicolas Robert (Montréal, QC), and Anna Leonowens Gallery (Halifax, NS). Boulos is the winner of the 20th RBC Canadian Painting Competition and was recently the Isabel Pope Artist in Residence at NSCAD University (Halifax, NS). She is a member of the Toronto-based project space the plumb and a programmer for the Toronto Palestine Film Festival.

Shannon Garden-Smith (she/her) is an uninvited settler of Scottish, Irish, and British heritage and an artist living and working between Tkaronto/Toronto and Stratford, Canada. She completed an MFA at the University of Guelph (’17) and a BA at the University of Toronto (’12). Working primarily in sculpture and installation, Garden-Smith’s recent projects focus on the surfaces that clad contemporary built space and their material-social impact. She has recently shown work with Franz Kaka (Toronto, ON), Gallery TPW (Toronto, ON), Christie Contemporary (Toronto, ON), Pumice Raft (Toronto, ON), Modern Fuel (Kingston, ON), TIER: The Institute for Endotic Research (Berlin), and she will participate in an upcoming two-person project at the Oxygen Art Centre (Nelson, BC).

The artists acknowledge the generous support of the Canada Council for the Arts, Ontario Arts Council, and Toronto Arts Council in making this project possible.

On Thursday, April 28, The Bows is excited to hold an opening reception for our new exhibition, View Loser, by Amanda Boulos and Shannon Garden-Smith. Reception hours are 6–9 PM with the artists in attendance.

View Loser will be on view from April 29 to July 2.

Our opening reception coincides with the closing receptions for TRUCK Gallery's exhibition Jae Sterling, Seven Portals and EMMEDIA's Particle + Wave Festival. All of this will occur at the building our organizations share, on 10 Ave and 19 St SW.

For the reception, our masking policy remains in place and we are limiting visitors to our fairly cramped gallery to eight people at a time, not including the artists and The Bows’ staff. Visitors are also welcome to gather in our open-plan co-working space directly adjacent to the gallery, which has a maximum capacity of fifteen, as well as the outdoor areas surrounding the gallery.