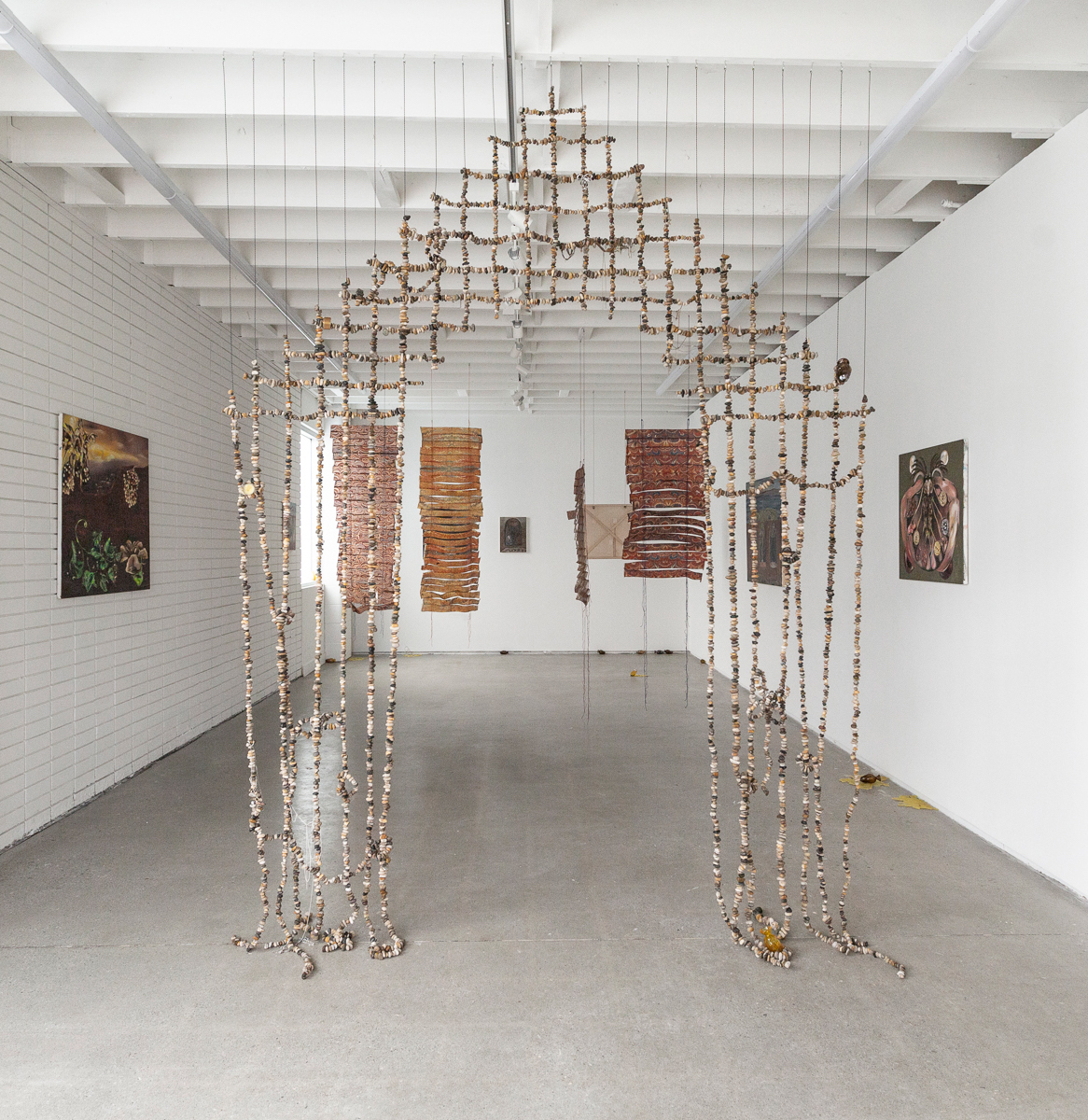 The Shape of Displacement and Counter-Resistance: Housing Crisis Across Palestine and Canada

Broadly reflecting on how built structure can hide or dislocate unwanted communities for new developments deemed “safer,” “cleaner,” or more “efficient,” this discussion brings together housing justice scholars, activists, and organizers to explore the specific, local dynamics and transnational continuities of displacement and counter-resistance.

Speaking to patterns of separation and the hyper-financialization of housing across sites the exhibition is connected to—namely Mohkínstsis/Calgary and Tkaranto/Toronto, Canada, and Palestine—the panel considers interventions into imperial, capitalist expansion, asking how we can share and sustain the lands we inhabit.

Dr. Martine August is an Assistant Professor in the School of Planning at the University of Waterloo. Her research focuses on the political economy of housing and the pursuit of urban social justice, exploring themes related to gentrification, displacement, community organizing, public housing redevelopment, and the politics of social mix. She is an alumnus of the University of Winnipeg and the University of Toronto, holding degrees in Physics (BSc), Urban Studies (BA), and Urban Planning (M.Sc.Pl., PhD). Her current research examines the financialization of rental housing and seniors housing, and the ways that inclusionary zoning paradoxically promotes displacement. At Waterloo she teaches “Planning for Social Justice in the Capitalist City.” Martine is a former Trudeau Foundation Scholar, and past recipient of the Urban Affairs Association Alma H. Young Emerging Scholar Award. She has worked as a housing policy advisor at the Ontario Ministry of Municipal Affairs and Housing, in the Housing Policy Branch and Homelessness Secretariat.

Alice Lam is an avid volunteer in Calgary community and has created non-profits such as the Calgary Community Fridge and Good Neighbour Market. She has spent a lot of time advocating for the needs of Chinatown residents to keep the neighbourhood affordable. In her day job she works in real estate as a property manager for commercial properties. She sits on the board of the Kiyooka Ohe Arts Centre. She is self-professed “obsessed with Calgary.”

Dania Majid is a staff lawyer and director of the Tenant Duty Counsel Program at the Advocacy Centre for Tenants Ontario, a legal aid clinic in Ontario. Prior to joining ACTO, Dania was a legal analyst with the Environmental Commission of Ontario, and a lawyer with the Human Rights Legal Support Centre and Neighbourhood Legal Services. She is also the founder and executive member of the Arab Canadian Lawyers Association and the Toronto Palestine Film Festival, and sits on the steering committee of the Hearing Palestine program at the University of Toronto.

Yara Shoufani holds an M.A. in Political Science from York University, with research focused on the relationship between colonization and gentrification in Palestine. Her M.A. project focused on the gentrification of Palestinian neighbourhoods inside the Zionist state, particularly Jaffa, which was the epicentre Palestine's economy before the Nakba (the Catastrophe) of 1948. She is an organizer with the Palestinian Youth Movement–Toronto chapter.

Amanda Boulos is a visual artist and educator based in Tkaronto/Toronto. Engaging with national narratives from Palestine, Lebanon, and Canada, Boulos explores how oral histories undergo constant metamorphoses and take on different purposes and meanings. Boulos received her MFA from the University of Guelph in 2017 and BFA from York University in 2013. She has shown at Richard Rhodes Dupont Projects (Toronto, ON), Arsenal Contemporary Art (New York, NY), Galerie Nicolas Robert (Montréal, QC), and Anna Leonowens Gallery (Halifax, NS). Boulos is the winner of the 20th RBC Canadian Painting Competition and was recently the Isabel Pope Artist in Residence at NSCAD University (Halifax, NS). She is a member of the Toronto-based project space the plumb and a programmer for the Toronto Palestine Film Festival.

Shannon Garden-Smith is an uninvited settler of Scottish, Irish, and British heritage and an artist living and working between Tkaronto/Toronto and Stratford, Canada. She completed an MFA at the University of Guelph (’17) and a BA at the University of Toronto (’12). Working primarily in sculpture and installation, Garden-Smith’s recent projects focus on the surfaces that clad contemporary built space and their material-social impact. She has recently shown work with Franz Kaka (Toronto, ON), Gallery TPW (Toronto, ON), Christie Contemporary (Toronto, ON), Pumice Raft (Toronto, ON), Modern Fuel (Kingston, ON), TIER: The Institute for Endotic Research (Berlin), and she will participate in an upcoming two-person project at the Oxygen Art Centre (Nelson, BC).