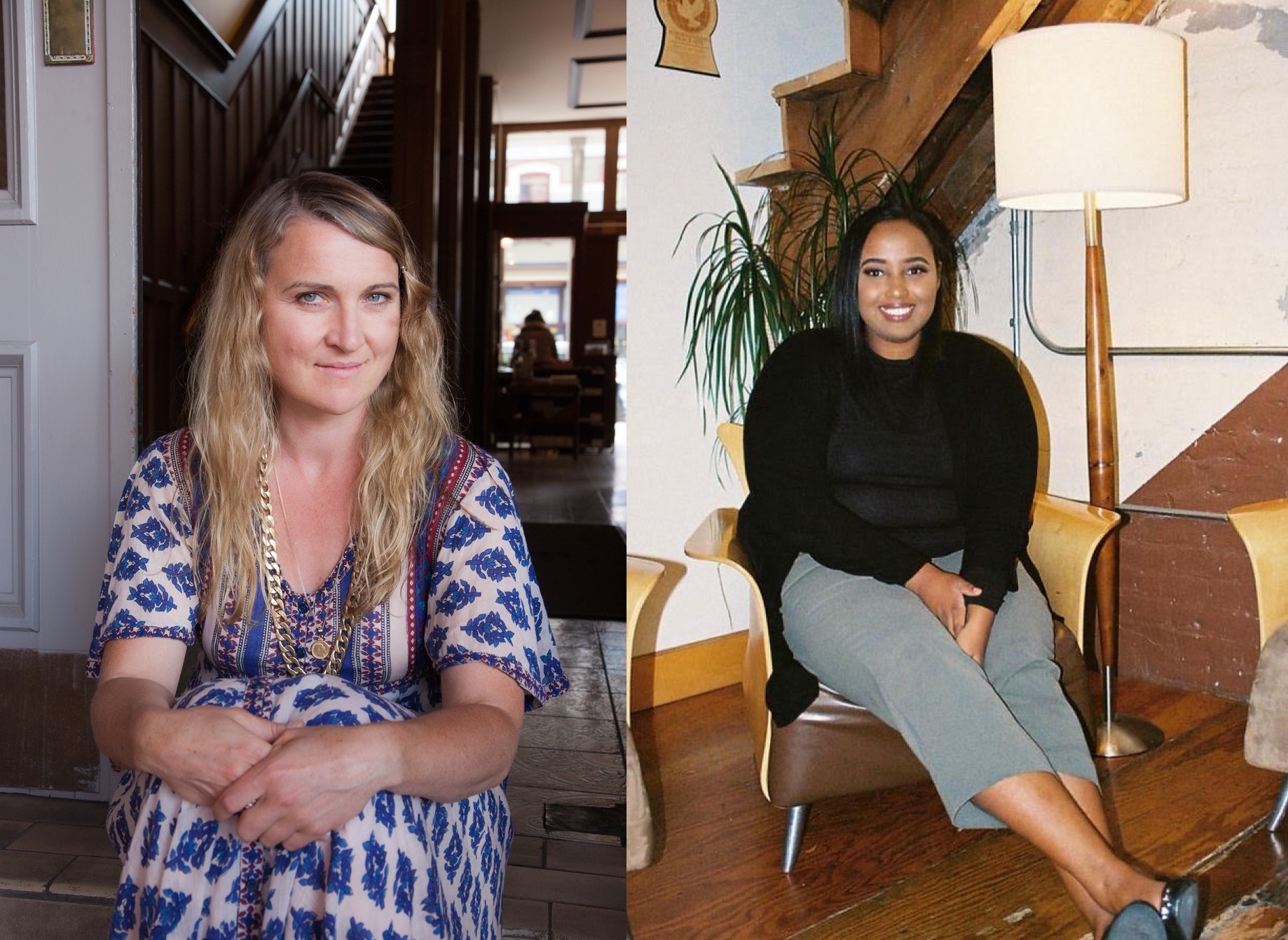 To celebrate the publication of Sonja Ahlers’s Swan Song (Conundrum Press), The Bows and Shelf Life Books present an intergenerational dialogue between Ahlers and writer Safy-Hallan Farah. The conversation will begin from Swan Song and touch on a host of topics, including zines, Gen X, fan culture, and the teen girl aesthetic.‍

Swan Song is Ahlers’s first book since The Selves in 2010 (Drawn & Quarterly). In it, Ahlers returns to the black and white photocopier aesthetic of her ’90s and early 2000s work and, in the process, turns the fanzine-as-visual-poetry medium she invented thirty years earlier inside-out. “Swan Song is a goodbye to former selves,” Ahlers declares. “I have no interest in fandom anymore or imbalanced power dynamics of any kind. I’ve come to realize that it’s a book about abusive relationships, including my relationship to the art world… whatever that is.”‍‍

‍Sonja Ahlers is a visual artist and poet from Victoria, BC. Her books are hard to classify and can be found in several different sections of the library. 1994’s A Wandering Eye was the first of many self-published books that circulated mainly through the underground “penpal” network of punk rock and Riot Grrrl zines. Ahlers attracted national attention with Temper, Temper, published by Insomniac Press in 1998, followed by Fatal Distraction in 2004. In 2010, Drawn & Quarterly published The Selves. Ahlers’s art has been exhibited across Canada, as well as in the United States, Japan, and Australia. She helped create the visual identity of Rookie Mag and from 2011 to 2015 was a frequent contributor to the publication and lead artist/designer of its four anthologies.

‍Safy-Hallan Farah is a writer and critic based in Minneapolis. Her work has recently appeared in print and online in the New York Times, Tech Crunch, Vanity Fair, Vogue, Vox, and on many other platforms. Last summer, her articles “All Alone in their White Girl Pain” and “George Floyd Was Killed in my Neighborhood” went viral. She is currently working on a manuscript about coolness.

Presented by The Bows and Shelf Life Books.