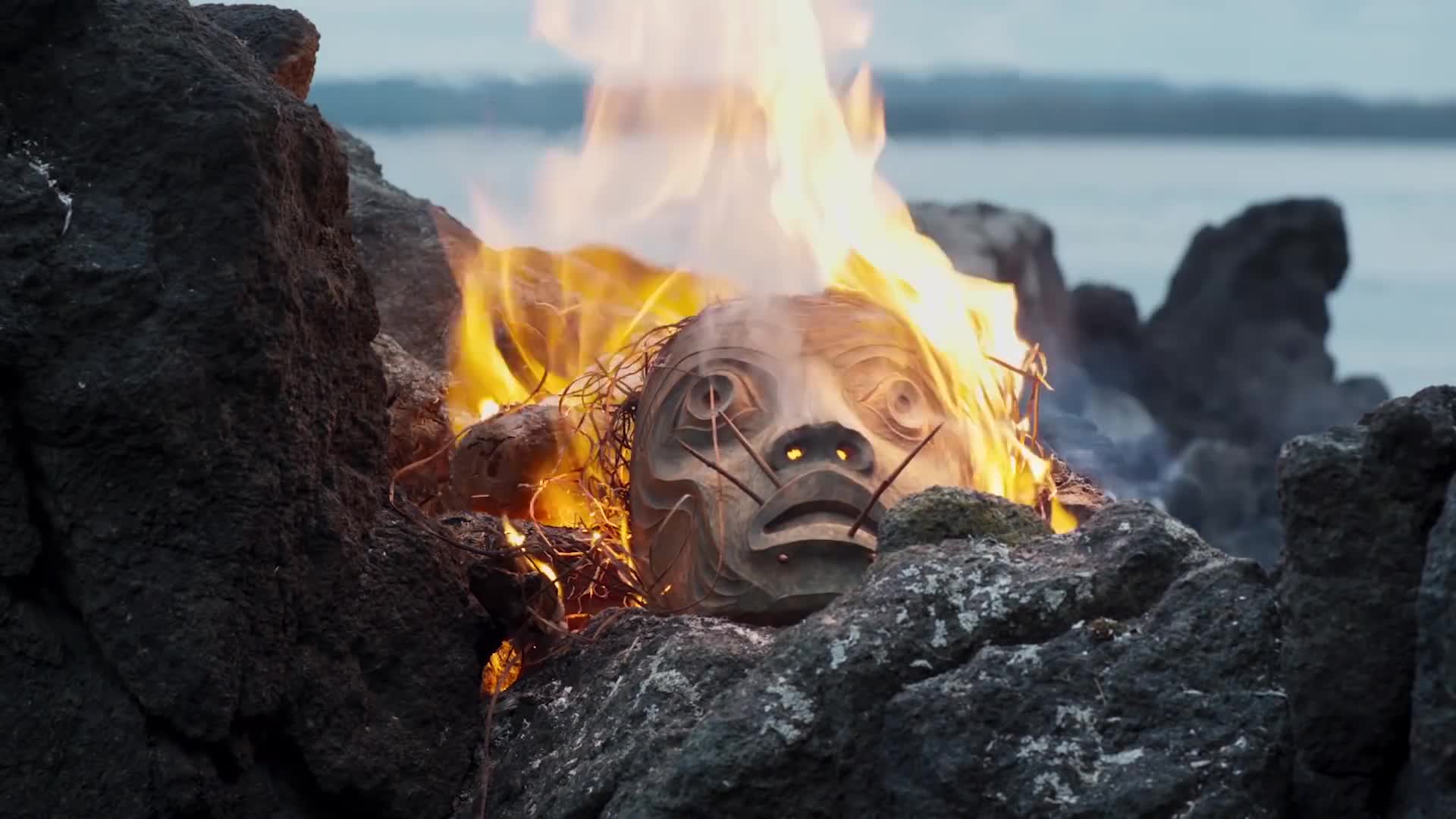 On April 20 and 21st, The Bows will present Gwaai Edenshaw and Helen Haig-Brown’s 2018 film SG̲aawaay Ḵ’uuna, also known as Edge of the Knife. [Click on the button link above to register for a streaming link, which will be emailed to the address you provide. The stream will be active from 5 AM MST on April 20 to 5 AM MST, April 22.]

Set in the Haida Gwaii region in the 19th century, the film adapts a classic Haida folk tale of a man left for dead in the forest who becomes the Gaagiid/Gaagiixiid (Wildman). After an accident where he is separated from his family, Adiits’ii wanders through the forest becoming driven mad by both natural and supernatural forces. As his loved ones, including best friend Kwa, set out to capture and cure him, Adiits’ii grows increasingly feral.

Made with a Haida cast and in collaboration with the Haida Council, SG̲aawaay Ḵ’uuna is the first feature film made entirely in the Haida language. Co-director Gwaai Edenshaw is considered to be the last apprentice of acclaimed Haida carver and artist Bill Reid, whose career landmarks include the 1958–1962 partial reconstruction of a Haida Village (now housed at the Museum of Anthropology at the University of British Columbia), assisted by Doug Cranmer, and the 15.2 metre-long canoe Loo Taas (Wave Eater) commissioned for Vancouver’s Expo 86, for which he conducted study at the National Museum of Man in Ottawa to revivify a canoe-making practice that had been interrupted for more than a century. Continuing in the tradition of Reid’s work in cultural revitalization, SG̲aawaay Ḵ’uuna participates in a growing movement to build Haida language capacity and infrastructure—as of the film’s debut, the language was fluently spoken by fewer than twenty people.

More broadly, the film aims to tell a Haida story, in and about ancestral Haida lands. As Edenshaw notes: “something that people don’t know is that Gaagiixid is a real thing. It’s something that happens to people; you can, if you are exposed to the elements, easily and quickly slip into that state of being. I think that people are familiar with Gaagiixid as a monster story or something like that, but really, it’s about what’s going on inside of the person who is the monster—not so much anybody else being threatened by them.”

This film is subtitled in: English