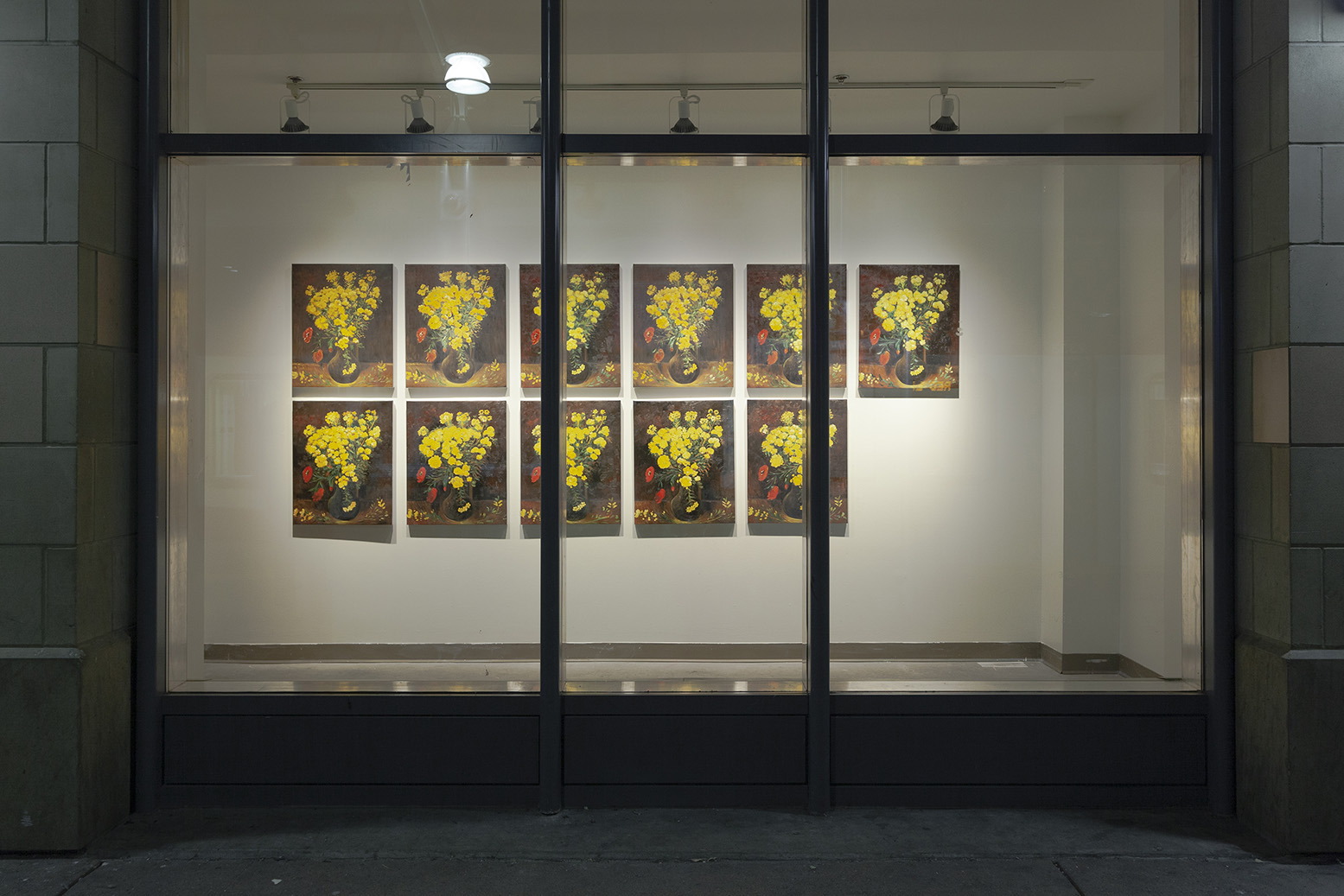 Exploring ideas of theft and authorship, Recent Acquisitions stems from the story of a stolen Vincent van Gogh painting. Known both as Poppy Flowers and Vase with Flowers, van Gogh’s painting was taken from the Mohammed Mahmoud Khalil Museum in Cairo, Egypt in 2010. Eleven gallery workers, officials, and security guards were arrested and thought to be behind this theft. All were subsequently released from prison due to lack of incriminating evidence. Valued at $50 million, the painting has yet to be recovered.

Collin Zipp is a multidisciplinary artist who works conceptually with video, photography, sculpture, painting and installation. Zipp has exhibited his work widely both nationally and internationally in solo and group exhibitions and screenings. Zipp obtained his BFA from the University of Manitoba’s School of Art in 2005 and his MFA from the University of Lethbridge's Faculty of Fine Arts in 2011. He is currently Director of PLATFORM centre for photographic + digital arts.

Presented in partnership with City of Calgary