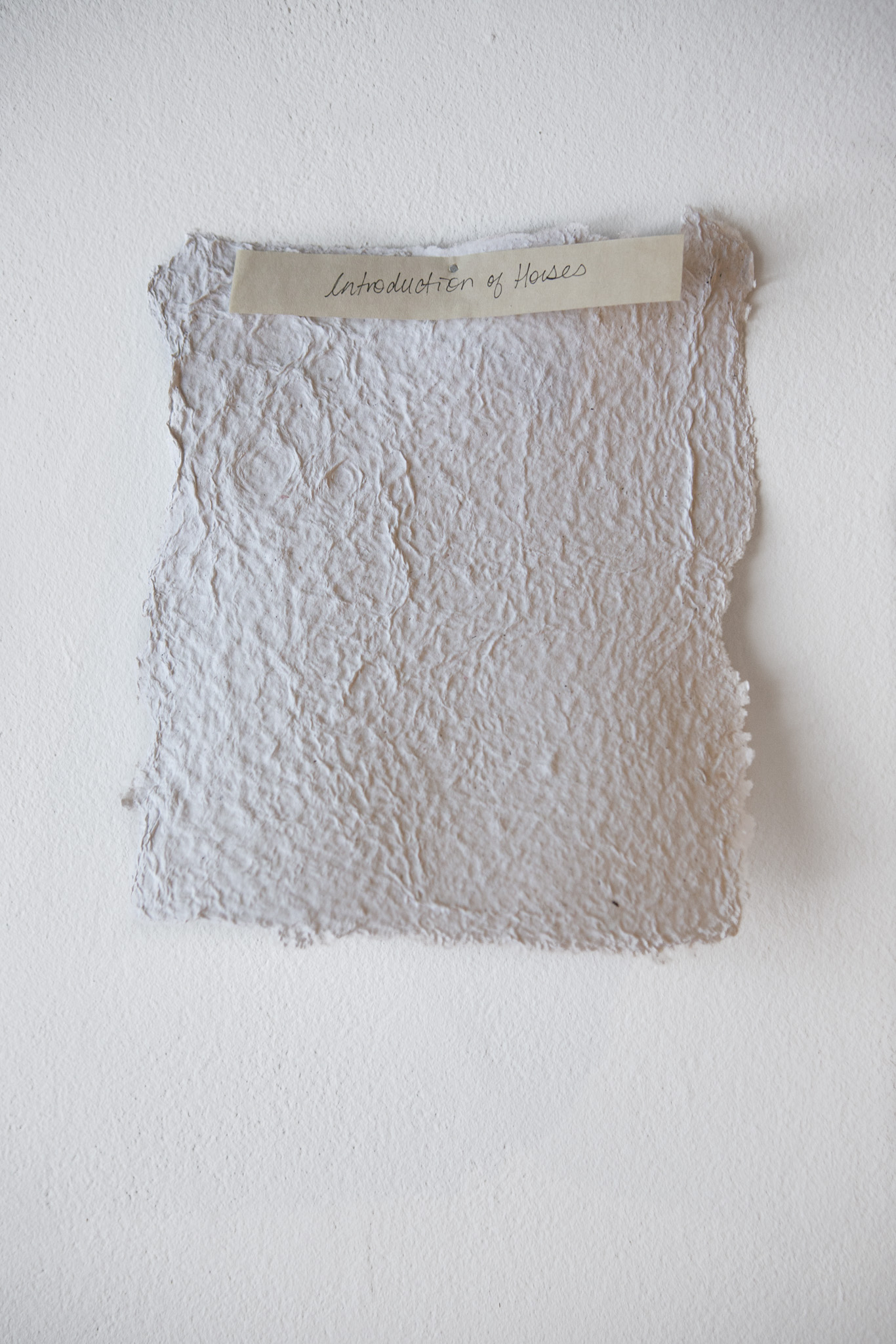 Mekinawewin, to give a gift

Tobacco is the first offering; it is given to Okâwîmâwaskiy, a gesture of respect for what she provides, before we take anything from her. After ceremony, one gives everything they can—all gifts—to those who bore witness. Gifts are one of the most important forms of exchange in Cree culture; gifts are given always with a heart, full.

Mekinawewin, to give a gift was a three month-long project that focusses on the role gifting plays in contemporary forms of exchange. Throughout the project, Cardinal built new work in the gallery space, in conjunction with hosting several workshops with community organizations. This project employed artistic materials that have played a role in Cardinal’s practice—plants, tea, leather, sinew—reconfigured into new arrangements, as a means to access stories related to traditional and non-traditional giving, and non-Eurocentric historical narratives. Particularly, the artist consulted with Elders, Knowledge Holders, and members of the Nations of Treaties 6, 7 and 8, as well as members of the Métis Nation of Alberta throughout the duration of this project. Through these conversations, and using hand-made paper proffered from the community workshops, Cardinal built a timeline of Alberta, through an Indigenous epistemology that considers the history of this land before contact until now.

Throughout the development of Mekinawewin, to give a gift, the public was invited to visit the gallery during regular gallery hours, where there was the opportunity to participate in the building of this project. Visitors were encouraged to bring an item to donate; when the project culminated, the artist gifted donations to local shelters and individuals in need.

Mekinawewin, to give a gift concluded with a gifting ceremony, wherein community members, visitors to the gallery, and the artist partook in an exchange unmoored from expectation or requirement: a chance to explore the possibility of gifting outside of the confines of money and power. Of gifting as humans.

Tamara Lee-Anne Cardinal is a multimedia artist, community activist, and perpetual learner. Born in Lloydminster, Saskatchewan, she has been a visitor to Mohkínstsis (Calgary) for seven years. Cardinal traces her ancestral roots back to both the Saddle Lake Cree Nation and the once-German occupied lands of Ukraine. Graduating from ACAD in 2015 with a Bachelor of Fine Arts in Sculpture, Cardinal has since been a recipient of the National BMO Art! Competition Award as well as the Alberta Foundation for the Arts Young Artist Award in 2017. Her work was featured in the Alberta Biennial in 2017 at the Art Gallery of Alberta in Edmonton; her first solo exhibition "One New Work: Tamara Lee-Anne Cardinal Feet on the Ground" was at the Glenbow Museum in Calgary, in 2018. Cardinal’s work continues to be a reflection of the teachings she receives along her journey; it is an invitation for others to become a part of the process, to partake in its making.