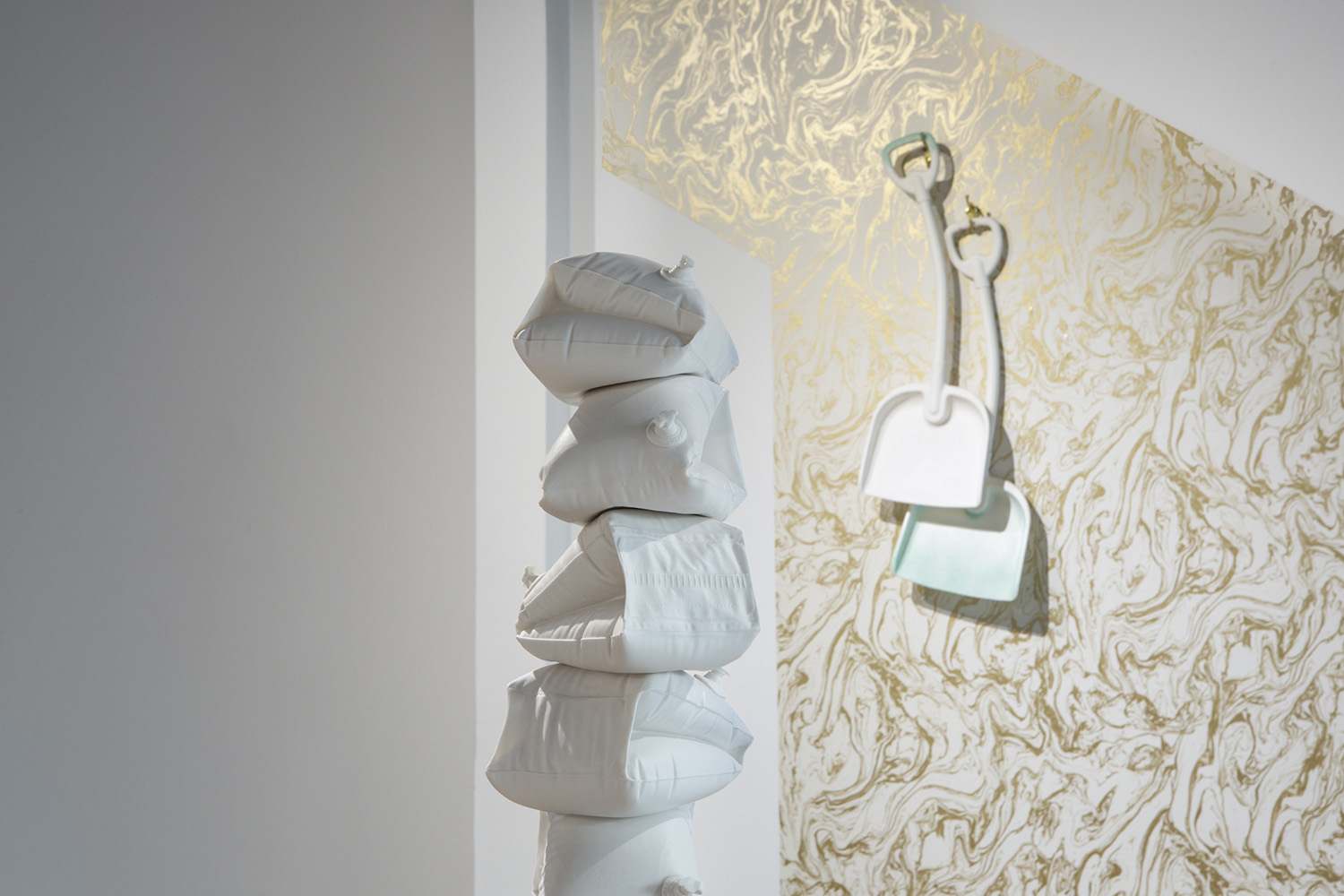 Lay your weight on me, I will make you free

Toys, objects, childhood material accumulations: all cast to corners literal and metaphorical, eventually. Getting older is a process of accrual (in some ways) and the things that populate our youth are surrogates for the possessions of our adulthood, as burdensome and devoid of play as some such possessions may become. As they age, the often-disposable objects of our youth become functionally useless, but emotionally powerful—a strange parallel that echoes childhood itself. Lay your weight on me, I will make you free is a study of the physical and emotional worth that lingers in possessions we no longer need, but somehow continue to long for.

Porcelain is a vehicle with an eager heart for this roving value system: it is both precious and common, both fragile and durable. The porcelain works in this exhibition impersonate the pucker, bulge, furrow of tender flesh, while simultaneously posing as manufactured plastic, inhabiting at once two seemingly irreconcilable ways of being: carbon-based and polymer-bound. They are slumped with exhaustion. They are contorted by the weight of their once-attentive owners. Re-created, set on nostalgic backdrops of interior patterns and textures, and removed of all markings, colour, and context, these porcelain representations fix in time youth, which always desires to flee. Receptacles of our once-ardent affections, they remain as measuring cups, holding that which is left behind.

Jocelyn Reid is a Calgary-based ceramic and mixed-media artist. Reid received a BFA from the Alberta College of Art + Design in 2013, and since graduating has exhibited her work throughout North America and Europe. Reid has received multiple awards and grants, including the Alberta Foundation for the Arts Queens Golden Jubilee Scholarship, which allowed her to travel to a residency program at Guldagergaard IRC in Skælskør, Denmark. Reid has participated in several residency programs, and was a 2016/17 year-long artist in residence at Medalta in Medicine Hat, Alberta. Reid is currently the Education Art Technician for Ceramics at the Alberta College of Art + Design.