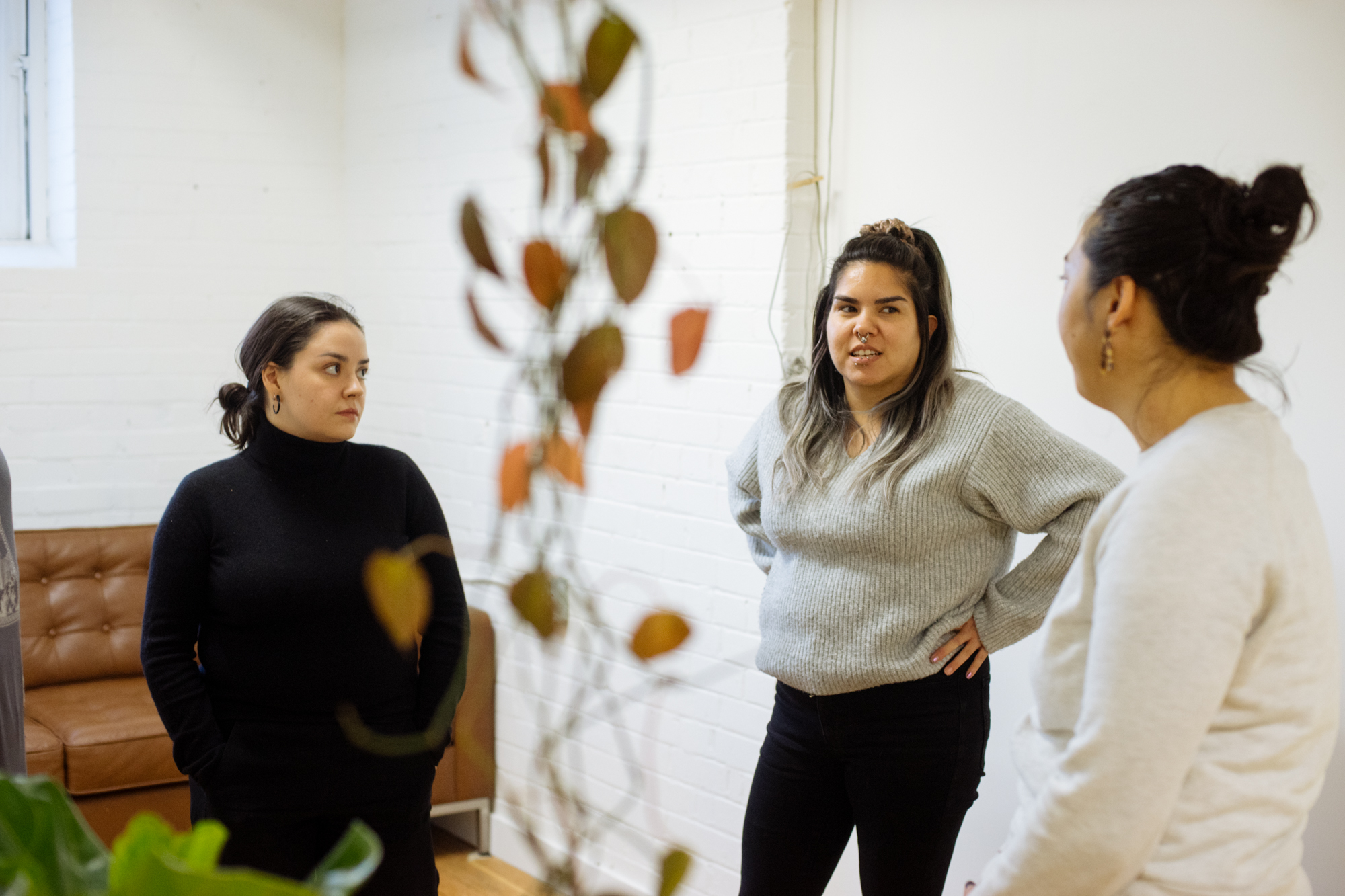 Honest Criticism for a Universe Unending

“Journalism is printing what someone else does not want printed. Everything else is public relations.” — George Orwell

We are constantly being told that the world is definitely ending. Critics write and write around the Anthropocene, leaving us to wonder if there’s anything left to be said that Indigenous peoples haven’t been saying since time immemorial. Curators compile exhibitions for the water, air and land, all of which, they tell us, are dying. Artists and writers dream about (un)natural disasters that wash away their kin, and create from those nightmares to elicit a response, any response, from what can feel like a silent public. But what about the systems that perpetuate resource extraction and Indigenous genocide, including art? Recent protests surrounding the Whitney Biennial show how disconnected communities of artists choose to stay from an industry that circulates millions of dollars made through the exploitation and murder of people of color. Then, what is the responsibility of an art critic at the so-called end of the world? And how do critics inject ethics into industries that have for so long refused ethical turns—including within micro-communities reliant on performative forms of identity politics that only maintain the status quo and careers for a select few code-switchers?

In the so-called apocalypse, art writers have a responsibility to be honest. Gone are the days when art criticism was a field made and defined solely by pretentious art bros who write aesthetic theory so convoluted it is made only in their, His, image—Him being a singular patriarchal ethos, next of kin to the Christians’ one God, making all else subservient. Against this masculinist apocalypse that makes a wasteland of our kinships, how can the emerging critics of today locate a feminist, anti-colonial criticism that grounds embodiment and alternative realities? Art criticism can spur revolutionary, transformative forms of writing by facilitating dialogue and cyclical citation with artists, and by creating a space for excavation from one’s own body, in response to aesthetics, to contend with the lived and felt forces of colonialism and resource extraction. Starting by reducing the human-centricity of one world ending, how do critics decentralize egocentrism and locate forms of defiant truth-telling in a universe unending?

Lindsay Nixon is a Cree-Métis-Saulteaux curator, editor, writer, SSHRC doctoral scholarship recipient and McGill Art History PhD student. Nixon won the prestigious 2019 Dayne Ogilive Prize and has been nominated for a Lambda Literary Award, an Indigenous Voices Literary Award and several National Magazine Awards. Namely, Nixon was nominated as the lead editor for the summer 2017 issue of Canadian Art in the “Best Editorial Package” category—an issue on the theme of “Kinship.” In 2019, Nixon won a digital publishing award under the “Best Editorial Package” category—alongside several other formidable writers and editors who contributed to a digital issue of The Walrus on the theme of “Sex Ed”—for their article “#MeToo and the Secrets Indigenous Women Keep.” They currently hold the position of Editor-at-Large for Canadian Art and previously edited mâmawi¬-âcimowak, an independent Indigenous art, art criticism and literature journal. Their writing has appeared in Malahat Review, Room, GUTS, Mice, esse, Inuit Art Quarterly, Teen Vogue and other publications. Nixon’s first book nîtisânak is out now through Metonymy Press. Born and raised in the Prairies, they currently live in Tio’tia:ke/Mooniyaang—unceded Haudenosaunee and Anishinabe territories (Montreal, QC).

EXPERIMENTS IN CRITICISM is a yearlong education program devised by C Magazine to nurture and promote interdisciplinary critical literacy around contemporary art for early career writers. Participants in a series of workshops, guided by community leaders, explore unique approaches to art criticism, and a symposium in Spring 2020 offers a forum for presenting forms of experimental criticism.